In recent decades, radicalisation and terrorism have come to the forefront of International Relations, giving rise to a wealth of conceptualisations and study perspectives, which shed light on the multiple, diverse connections between terrorist phenomena, radical ideologies, and global, regional, or local conflicts. Particularly relevant in this respect is the need to consider factors such as ethnicity, religion, historical heritages, as well as migration. Such consideration is even more salient if the military dimension of counteraction is flanked – and sometimes replaced – by prevention, deterrence, and integration strategies involving the educational, economic, and social resilience spheres.

It is on this premise that the volume Understanding radicalisation, terrorism and de-radicalisation. Historical, socio-political and educational perspectives from Algeria, Azerbaijan and Italy was developed. Published by Rubbettino in the editorial series “Laboratorio sull’Intelligence dell’Università della Calabria”, the collective work presents the results of an intense and fruitful two-year research activity carried out within the project PRaNet – Prevention of Radicalisation Network (2019-2021).

The PRaNet project, led by the Italian University of Bergamo, entails the creation of a university network between the latter institution and two universities from countries belonging to the Organisation of the Islamic Conference (OIC), Algeria and Azerbaijan, with the aim of deepening knowledge and understanding of phenomena linked to radicalisation, as well as promoting social inclusion and developing de-radicalisation policies for integration purposes. Project activities have been implemented within the framework of the multiannual programme “Strategy for the Promotion of Italian Higher Education Abroad 2017/2020”, jointly supported by the Italian Ministry of Education, University and Research (MIUR) and the Ministry of Foreign Affairs and International Cooperation (MAECI). These include, in addition to research initiatives, exchanges of students, teachers, researchers, and trainees through ad hoc programmes, such as the MaRTe Master’s degree at the University of Bergamo in “Prevention and Fight Against Radicalisation, Terrorism and for International Integration and Security Policies”, as well as vocational activities at the University Mohamed Lamine Debaghine (Sétif 2), in Algeria, and the ADA University fi Baku in Azerbaijan.

The book draws on the consolidated experience of Michele Brunelli, Professor of History and Institutions of Islamic Societies at the University of Bergamo and Director of the Master MaRTe, who has coordinated international projects concerning de-radicalisation and prevention of violent extremism in Algeria, Azerbaijan and Burkina Faso, and edited, also last year and for the same publishing house, the volume Prevention and countering of confessional terrorism and radicalisation.

The scientific quality of the book derives not only from addressing, through various perspectives, the main key-categories for understanding terrorism (definition, causality, consequences, and response), but also from analysing the historical, cultural, and socio-economic factors relating to the phenomena of radicalisation, terrorism, anti-terrorism, and de-radicalisation, taking as case studies three different confessional contexts: Italy, as a traditionally Christian society; Algeria, a Sunni Islamic country; and Azerbaijan, characterised by a Shia Muslim majority but a prevailingly secular society.

As the title suggests, the study revolves around three concepts – radicalisation, terrorism, and de-radicalisation – which are in turn the subjects of the three sections of the book respectively.

The first section scrutinises the complex relationship between radicalisation and the question of minorities and identity cleavages. Lala Jumayeva, Assistant Professor in International Affairs at the ADA University of Baku with an expertise in conflict resolution, investigates the link between ethnic minorities and radicalisation in the Caucasian area, while Naouel Abdellatif Mami, Professor of Psycho-pedagogical Sciences and Foreign Languages at the University Sétif 2, deals with the issue of identity and freedom of expression as drivers of extremism in the Algerian context. Šeila Muhić, Researcher at the University of Bergamo specialised in the field of human rights, explores the migration phenomenon in Italy as a potential fertile ground for radicalisation. Further insights are offered by the second chapter of the section, which brings together a series of essays on female radicalisation and women victims or actors of terrorism. Anar Valiyev, also a Professor at ADA University and an expert on history and institutions of the post-Soviet space, discusses case of ISIS in relation to women and children victims of radicalisation in Azerbaijan, with particular reference to Salafist environments. Next, Naouel Abdellatif Mami examines the condition of women in Algerian history, focusing on the “black decade” (1991-2002) as well as on women’s role in the development of approaches to resilience. The last study of the second chapter, carried out by Emilija Davidovic – an expert on human rights in the post-Yugoslavian scenario – concerns the involvement of women in extremist violence in the European (Western and Balkan) context. The third chapter then provides a broad overview of the phenomenon of political-religious radicalisation in post-Soviet Azerbaijan, which mainly affects minority religious and ethnic communities (Sunni and alloglot).

The second section of the book addresses terrorism and its several conceptualisations. First, Ilas Touazi, Researcher at the University Sétif 2 with an expertise in terrorism/counter-terrorism, presents an analysis of the jihadist threat in Algeria, placing emphasis on the transnationalisation of local terrorism. Professor Michele Brunelli subsequently explores the evolution of politically and ideologically motivated terrorist crimes in the European scenario, notably in Italy. The book continues with the contribution of Aydan Ismayilova, a graduate of the MaRTe Master’s course and an expert on jihadism, who examines terrorist phenomena in the Caucasus area, focusing on Armenian terrorist movements and religious extremist groups. Further food for thought is provided by the fifth chapter, which includes research contributions on critical infrastructure as the main targets of terrorist attacks. As such, Inara Yagubova (Project Manager at the ADA University of Baku) deals with the terrorist threat to energy infrastructure in Azerbaijan, while Nabil Benmoussa, Professor of Economics at the University Sétif 2, analyses the economic implications of terrorism in Algeria and the related policies of contrast. The essay written by Fabio Indeo, Analyst at the NATO Defense College Foundation and expert in energy geopolitics of Central Asia, explains the vulnerabilities and the strategies of protection of European critical infrastructure, also in light of the new challenges posed by cybercrime. Afterwards, Commander Mario Leone Piccinni, Officer of the Italian Guardia di Finanza and specialist in cybercrime, outlines the intricate financing systems of terrorist organisations at the international and local level.

The third and last section deals with de-radicalisation policies and strategies. The seventh chapter hence investigates counter-terrorist responses, with a first essay by Stefano Bonino, a criminologist expert in terrorism and organised crime, who discusses Algerian counter-terrorist strategies – from the most repressive ones to “soft” measures. As for the other two countries under consideration, counter-terrorism and radicalism activities in the Azerbaijani context are examined by Anar Valiyev, while the Italian case is carefully analysed by Stefano Bonino and Andrea Beccaro, the latter being Professor of Strategic Studies and War Studies at the University of Turin and the State University of Milan respectively. The following chapter puts emphasis on the role of education in preventing and responding to terrorism and radicalism, as clearly emerges from the case study of Azerbaijan, here discussed by Valiyev. Likewise, Benmoussa outlines the recent educational reforms in Algeria, conceived as part of the response to these phenomena; Šeila Muhić, for her part, illustrates the programmes of civil society involvement to counter violent extremism at the European level. Last but not least, the ninth chapter closes the book with an essay by Karim Regouli (Researcher at the University Sétif 2) on the delicate process of reconciliation in Algeria after the decade of violence triggered by Islamic terrorism.

For the breadth of the topics it covers, for the multiplicity of perspectives it offers and for the originality of the comparative case studies, the book provides a significant contribution to research on radicalisation and terrorism, representing, furthermore, an invaluable reference for developing effective counteraction policies. Among recent studies, the volume ranks amongst the most relevant on such topics, together with – inter alia – Communities and Counterterrorism (Routledge, 2019), edited by Basia Spalek and Douglas Weeks, Countering Violent Extremism. The international deradicalisation agenda (Bloomsbury Publishing, 2021) by Tahir Abbas, as well as “Countering International Terrorism, with particular reference to the phenomenon of foreign fighters” edited by the Società Italiana per l’Organizzazione Internazionale (SIOI) in 2019.

Understanding radicalisation, terrorism and de-radicalisation. Historical, socio-political and educational perspectives from Algeria, Azerbaijan and Italy undoubtedly constitutes a point of reference for scholars and experts, as well as for national and international institutions. The adopted multidisciplinary approach – historical, political-institutional, economic, social, operational, and socio-educational – provides for a comprehensive and articulated framework, which can be applied not only to religiously motivated terrorism and radicalisation, but also to the many historical-political expressions of such phenomena.

There are no comments 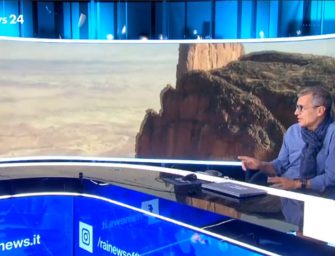 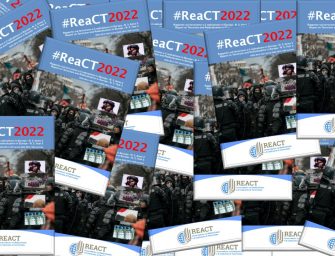 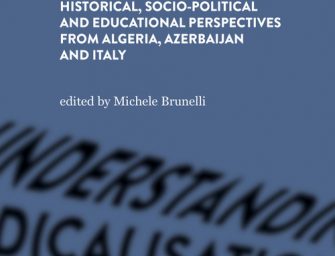 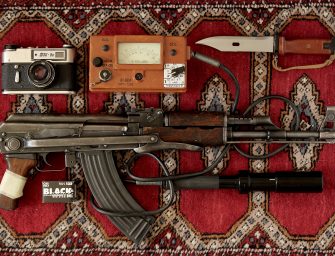 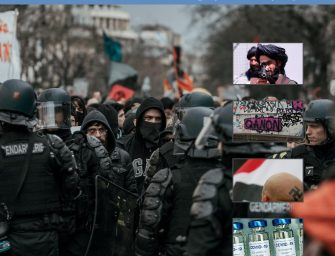 🎄🥂#BestWishes Dear friends, colleagues, partners and followers, our team is grateful for your collaboration and interest in the activities we carried out over the past year. We wish you a #MerryChristmas and a #HappyHolidaySeason. See you soon in 2023! 🎈 pic.twitter.com/rLWsNfD5LN

This website uses cookies to improve your experience while you navigate through the website. Out of these, the cookies that are categorized as necessary are stored on your browser as they are essential for the working of basic functionalities of the website. We also use third-party cookies that help us analyze and understand how you use this website. These cookies will be stored in your browser only with your consent. You also have the option to opt-out of these cookies. But opting out of some of these cookies may affect your browsing experience.
Necessary Sempre abilitato
Necessary cookies are absolutely essential for the website to function properly. This category only includes cookies that ensures basic functionalities and security features of the website. These cookies do not store any personal information.
Non-necessary
Any cookies that may not be particularly necessary for the website to function and is used specifically to collect user personal data via analytics, ads, other embedded contents are termed as non-necessary cookies. It is mandatory to procure user consent prior to running these cookies on your website.
ACCETTA E SALVA